Here’s a list of notable IPOs and SPACs completed in 2021. This is by no means a complete list as there were close to a thousand new stock offerings in 2021. 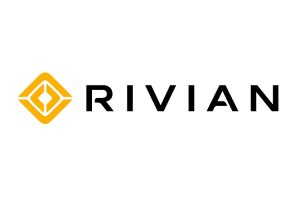 Rivian is an electric vehicle manufacturer focused on up-heaving the market for consumer pickup trucks, SUVs, and delivery vans.

The company rivals Tesla, Lucid Motors, and Nikola in the expanding electric vehicle market, an industry set for explosive growth in the next decade.

It was founded by R.J. Scaringe, who earned a Ph.D. from MIT in mechanical engineering and was a member of the automotive laboratory.

In August 2021, Bloomberg reported that Rivian has filed confidentially for an IPO.

The SEC S-1 filing was released to the public on October 1st. Read the S-1 filing (found here) before considering an investment.

The @Rivian IPO ($RIVN) is now available in IPO Investing in the SoFi app. Want to learn more? Check out the prospectus here: https://t.co/vXEmShNbtb pic.twitter.com/nistnvhQrc

Rivian is based in Plymouth, MI., and has a manufacturing plant in Normal, Il., which it acquired from Mitsubishi Motors in January 2017. It’s now the most anticipated of all upcoming IPOs in the EV space.

Read more about the Rivian IPO including a PDF of the S-1 SEC filing.

Coinbase is a digital currency exchange platform, the largest and most popular in the world.

Bitcoin and other cryptocurrencies such as Ethereum, Tether, Bitcoin Cash, XRP, and Litcoin have passed the mania phase and are finding their places in the world.

Cryptocurrencies provide users a way to transact online and in the real world with non-governmental mediums of exchange, making it popular for illicit international commerce and privacy advocates.

The company was founded by Brian Armstrong and Fred Ehrsam and is based in San Francisco.

On December 17th, 2020, Coinbase announced it has submitted a confidential S-1 filing to the SEC. The filing kicks off the IPO process, possibly leading to a public offering in 2021.

Coinbase release the S-1 to the public on February 25th, 2021, confirming a direct listing. Read the Coinbase Global S-1 filing on the SEC website.

The company started trading on the Nasdaq under the stock symbol COIN. The Coinbase IPO date direct listing completed on Wednesday, April 14th.

A direct listing means that everyone will start trading at the same time. When the stock opens, you can buy it (no early IPO access).

Learn how to buy cryptocurrency, including Bitcoin.

These are IPOs that were listed previously above. It is not a comprehensive list of IPOs completed in 2021. 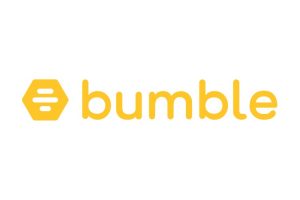 Bumble is a relationship app that empowers women to make the first move. Its primary service is less about hooking up than Tinder and more about long-term relationships.

Since its founding, the company has added services for plutonic relationships. BFF is for same-sex friendships, and BIZZ is a career networking app.

Bumble is led by Whitney Wolfe Herd, a former co-founder of Tinder, who left to start a new dating app catering to women.

Bloomberg reported on December 18th that Bumble has filed confidentially and aims to execute its IPO in February 2021, seeking a valuation of $6 to $8 billion.

The Bumble S-1 filing was released to the public on January 15th, 2021, and an amended version on February 8th confirming the company would complete its public offering on February 11th.

Bumble sold 50 million shares at $43 per share, raising approximately $2.2 billion and valuing the company at $8 billion. The stock price opened at $76 per share.

Read more about the Bumble IPO, including terms, valuation, and price range. Download the S-1 filing from that link. 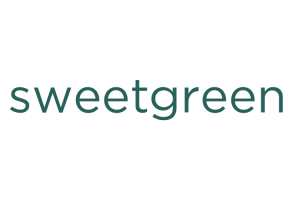 Sweetgreen is a fast-casual restaurant chain that provides customers a diverse menu of freshly-made salads.

Three undergrad students started the restaurant in the Georgetown neighborhood of Washington D.C., shortly after graduating from the nearby university.

The restaurant provides inexpensive meals made from sustainably sourced seasonal ingredients, branding itself as a conscious corporation, aiming for a win-win-win with the company, customer, and community.

Our mission is to inspire healthier communities by connecting people to real food.

Though Sweetgreen is a restaurant company first, it’s known for leveraging technology and data to strengthen customer relationships and streamline supply chains.

On May 11, 2021, Bloomberg reported the Sweetgreen IPO date could come as early as the end of 2021. The company is working with Goldman Sachs on the listing.

On June 21, 2021, Axios reported that Sweetgreen has filed confidentially for an IPO.

Robinhood offered its customer access to the Sweetgreen IPO. Open an account to participate in future IPOs.

Read the S-1 Filing and more about the Sweetgreen IPO. 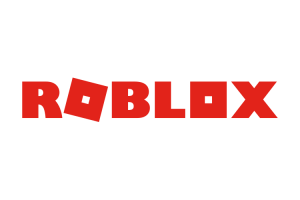 Roblox is an online video gaming platform that enables players to choose from millions of user-programmed games. The platform has more than 150 million monthly active users, popular with children.

Roblox filed to go public in November 2020 with plans to complete the offering before the end of the year.

However, due to the favorable IPO environment as demonstrated by the success of the DoorDash and Airbnb IPOs, the company decided to delay the offering until 2021 to work with advisors to modify the IPO terms — presumably to increase the offering amount.

On January 7th, 2021, the company announced it would go pubic with a direct listing after raising $520 million in series H funding, valuing the company at $29.5 billion, according to a statement.

However, on January 29th, Roblox delayed the Roblox IPO due to SEC scrutiny, as reported by Reuters. 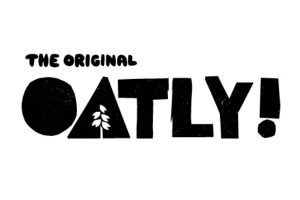 Oatly is a plant-based dairy alternative manufacturer that makes oat milk. It say its product is like milk but made for humans (instead of baby cows).

The Sweden-based company confidentially filed for an IPO on February 23rd, 2021, and released the filing to the public on April 20th. It aims to raise $100 million at an estimated $10 billion valuation. 2020 sales came in at $421 million, up 106% from the previous year.

The stock will trade under the symbol OTLY.

The IPO is expected to complete on May 20th. 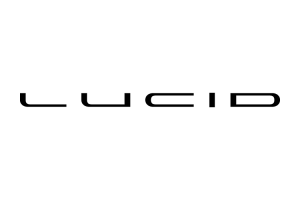 Electric vehicles are all the rage, thanks to the meteoric rise of Tesla’s stock in 2020. Another potential EV IPO is Lucid Motors.

Lucid Motors is an EV manufacturer in the process of entering the marketplace for environmentally friendly luxury sedans, known for its technology that increases battery range.

The company was founded by Bernard Tse and Sam Weng and was initially named Atieva to focus on batteries and powertrains. In 2016, they rebranded to Lucid Motors and began the development of an electric luxury vehicle.

Peter Rawlinson is now the CEO.

Headquartered in Newark, CA., the company has approximately 500 employees. It completed the construction of its first manufacturing facility in late-2020.

Choosing a SPAC to go public eliminates the need for a traditional IPO, taking the company public much more rapidly. 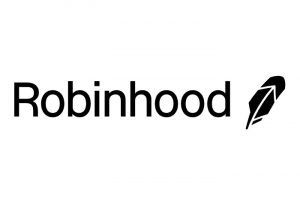 Robinhood is a Silicon Valley startup that revolutionized online investing by offering a commission-free mobile trading platform. Popular with younger investors, you can place unlimited stock, bond, or cryptocurrency trades on the Robinhood app and pay no trade commissions.

Now that most online brokers are commission-free, Robinhood will likely offer other products to its customer base en route to becoming a profitable company.

On January 7th, 2021, Bloomberg reported that Robinhood is weighing selling shares to its clients in the IPO, likely through a directed share program. Reporting also suggests Robinhood is building an IPO platform of its own.

The Robinhood IPO date is Thursday July 29th. The stock priced at $38 and opened for trading at $38. But closed down 8.37% on it’s first day of trading.

Become a Robinhood customer, and you may be able to invest in the IPO.

Read more about the Robinhood IPO and the potential directed share program that would empower customers to invest in the IPO. 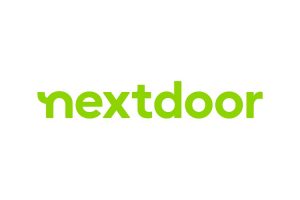 Nextdoor is a “hyperlocal” social networking platforms where neighbors connect online. It’s become a safer venue than Craig’s List, as members register with their real names and address.

Communication in the app is by neighborhood, and the user controls the radius distance of communication.

The service helps to find professional services and contractors or track down missing pets. Members in my neighborhood often talk about annoyances such as local crime, airplane noise, and disrespectful neighbors.

Nextdoor is a San Francisco-based company founded in 2008.

The company announced on July 6th that it will go public via a SPAC merger with Khosla Ventures Acquisition Co. II (KVSB). The deal is expected to close later in 2021.

Read more about the Nextdoor IPO. 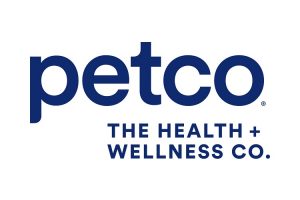 Petco is a privately-owned company, 50%-owned by the Canada Pension Plan Investment Board, and 50% by CVC Capital Partners, a private equity firm.

The company announced its intent to go public on December 4th, 2020, releasing its SEC S-1 filing. It will trade under the Petco stock symbol “WOOF”, and its name will formally change to Petco Health and Wellness Company, Inc.

Petco sold 48 million shares at a price of $18 on January 14th. The Petco stock price opened at $26 and traded up as high as 70% during its first day of trading. 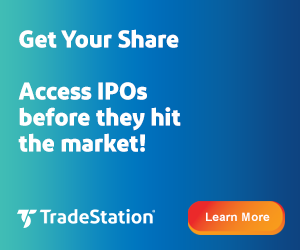